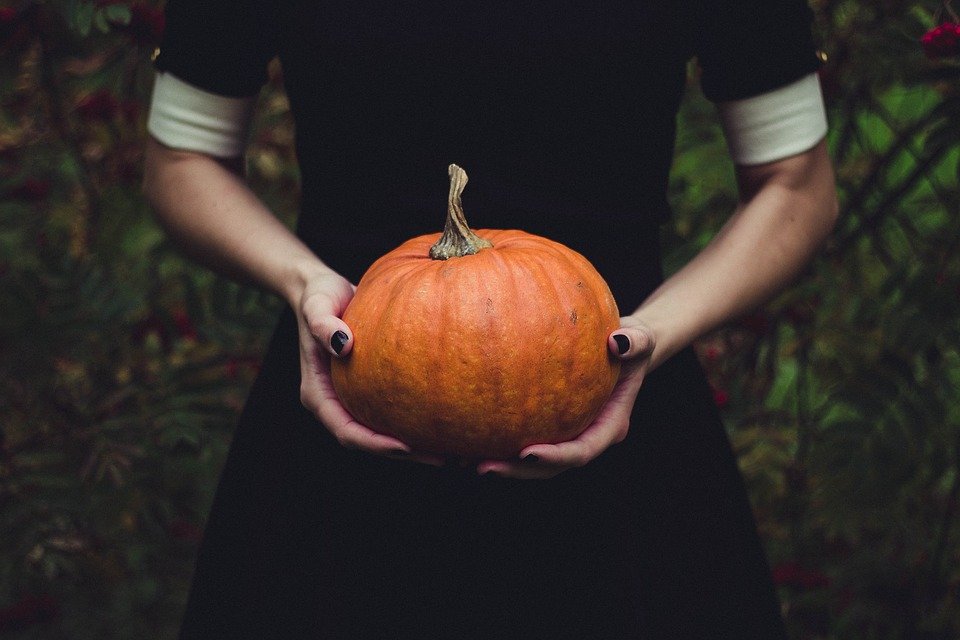 30 Spooky Movies to Put you in Halloween Mode

If you put on a scale the movies and shows I’ve watched with scary and non scary content, is something like 95/10. The same moment it turned to be 1st of October, I hopped-hopped and glomped all over my husband like a little kid screaming leeeet’s start our halloween movie dates! And for those who know me even before my husband, they would definitely let you know about my teen goth years (well mostly like dressed in black with french braids and reading E.A. Poe) and my so called obsession watching scary movies but from a directors perspective.

Couldn’t be anything else on my number one than this movie! A classic Halloween spook that never gets old! I still remember when Jessica Parker sings the garden song and me asking my mom to translate it to me because I felt so mesmerised and emotional at the same time.

My all time favourite ghost stories of all times which actually I am going to watch tonight after a very long time. Rose Red when still VHS was a thing, was standing up there in a very small video club across my dad’s office. I used to go there and pick every Friday two video tapes to watch and I was always looking at the double cover of the box of Rose Red since I was a kiddo, when one day at Junior high I decided to get it. It gave me chills and it was the time that I realised I LOVE HORROR MOVIES.

What can I say about this movie? My favourite Johny Depp movie? And the only pale Edward that I can accept? Masterpiece of sweetness.

Witches.Our forever old-school witches! The campy thriller explores the spiraling effects of the supernatural on a Los Angeles high school.

Vera Farmiga, one of my favourite actresses of all time. The Warrens and their so intense stories and mysteries to solve. The first one is my favourite from all the Conjuring movies and a no miss.

Once upon a time there was a horror site called Asian Horror Movies where I could find many gemns like this one. In retrospect, Audition was kind of a harbinger for dating apps. In the movie, widower Aoyama spends years grieving his dead wife. His filmmaker friend suggests an actress casting session for a fake movie, which Aoyama watches while hidden. Aoyama falls for (and becomes obsessed with) a particularly mysterious actress. Surely nothing could go wrong there.

Different, dark, atmospheric. The three words that can describe another anthology of horror with different stories. To me it’s a piece of art and a movie that I would keep very close to the halloween date!

Not all cannibals are sadistic freaks who need to eat human flesh to survive. For the cannibals in this horror film, it’s not only a way of life, it’s a religion. And it doesn’t help matters when you’re a young girl in love, and your dad insists on eating your crushes.

Sarah Paulson has made herself a bit of an icon in the horror genre, and this movie was one of her best pieces of work yet. It flew under the radar but deserves a spot on your watch list as a mother-holds-her-child-hostage story.

This is, hands down, one of the most disturbing movies Ive ever seen in my life. It has so many realistic scenes of things you probably never want to see, but if you want to watch something super scary, this is the one for you.

This is one of the best movies I’ve ever seen, period, and it managed to chill me to my core while also keeping me fully invested in a unique, out-of-the-box storyline (Lupita Nyong’o not getting an Oscar for her performance in this was a crime I’ll never get over, but that’s a rant for another day).

Sleepy Hollow. Couldn’t miss this from the list. A classic romantic story that brings you chills and thrills. Johnny and Christina are one of a kind and I can’t miss watching it once in October every year cuddling with my favourite blanket and a bowl of pop corns like I am watching it for the very first time.

Well for a reason I watched it last year under the recommendation of my husband. – Hey, there is a cartoonie I guess you love, shall we watch it together? I was like ok yeah which one? he said the MONSTER HOUSE. I was like the what? No I don’t know what is this and oh myyyyy I loved it loved it loved it… A cartoon for all the family to embrace the Halloween spirits!

I L O V E Nicole and I love this movie and even if it looks like a low budget boring movie… oh no you are so so wrong. Must see – and watch no matter what! I don’t want to say much, but all I want you is to watch it, if you haven’t!

A night with the girls, some yummy corny snacks and this movie is a must for a Halloween night to chill and enjoy!

If something Tim Burton knows better than anyone else is HALLOWEEEEEEEN

In a haunted house on a lake in upstate New York, a grieving widow (played by the inimitable Rebecca Hall) —and enters into a looking-glass version of her marriage that utterly unravels her. Directed by the new horror-auteur David Bruckner, this one has jump scares like you wouldn’t believe. (Currently in theaters.)

I love British films, I love period films and I love horror films. That’s the combination that I found on Netflix with this movie.

How scary could a Ryan Gosling movie be, anyway? Turns out, very. Kirsten Dunst’s performance is not to be missed

Another Asian masterpiece. That I’ve watched once and then I really wanted to rewatch it with some other friends that they had the same opinion with me. Easy to follow, spooky and a good option to spend an evening with an Asian horror movie.

Don’t be fooled by summertime scenery and flower crowns. This movie is guaranteed to take you on a roller coaster of emotions, from rage to disgust to horror.

25. The Exorcism of Emily Rose

OHHHH WELLL…. In general I am not a fan of exorcisms kind of movies they kind of bore me, but this one? This one is a movie that I have in my heart for many reasons. A little story that It was the first film that arrived in my hands when I got my very first job. Oh yeah you guessed it at a video club!

“For me, good horror is taking a look at what’s actually dark in humanity, instead of shining a quick flashlight on it and running away giggling” – Robert Eggers. That’s the feeling I got from this movie. To the horror fans it’s either hate or love movie. IMO A24 makes real horror. Unsettling, not many jump scares, disturbing themes and imagery. They are creative in their story telling and I know many of us can appreciate that.

I’m glad I decided to watch the movie despite the bad comments from some fellows. It was so good, a very original and entertaining story. Perfect for a netflix night.

A Little Fashion a little passion a little creepy but not crapy for a girls night. Cruella I vote

A brilliantly crafted, deeply unsettling exploration of motherhood, grief, and guilt is the real terror that lingers well past the final scene.

Wait you thought I wouldn’t include it? Noooo wayyyyyy. We said that in Tim Burton we trust when it is Halloween! 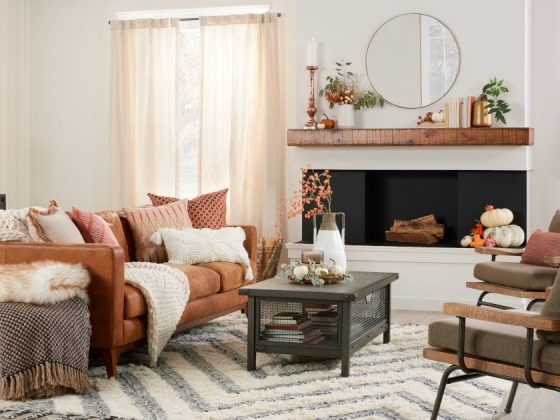 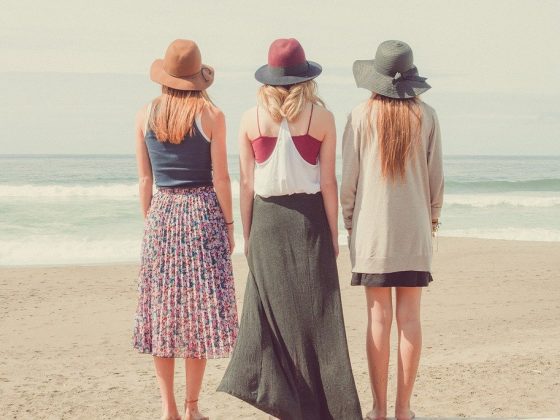 When is The Right Time to End a Toxic Friendship. 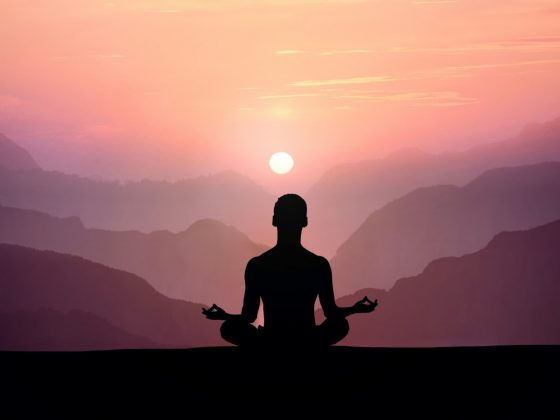 The real meaning & practice of Yoga

We use cookies on our website to give you the most relevant experience by remembering your preferences and repeat visits. By clicking “Accept”, you consent to the use of ALL the cookies.
Cookie settingsACCEPT
Manage consent

This website uses cookies to improve your experience while you navigate through the website. Out of these, the cookies that are categorized as necessary are stored on your browser as they are essential for the working of basic functionalities of the website. We also use third-party cookies that help us analyze and understand how you use this website. These cookies will be stored in your browser only with your consent. You also have the option to opt-out of these cookies. But opting out of some of these cookies may affect your browsing experience.
Necessary Always Enabled

Any cookies that may not be particularly necessary for the website to function and is used specifically to collect user personal data via analytics, ads, other embedded contents are termed as non-necessary cookies. It is mandatory to procure user consent prior to running these cookies on your website.